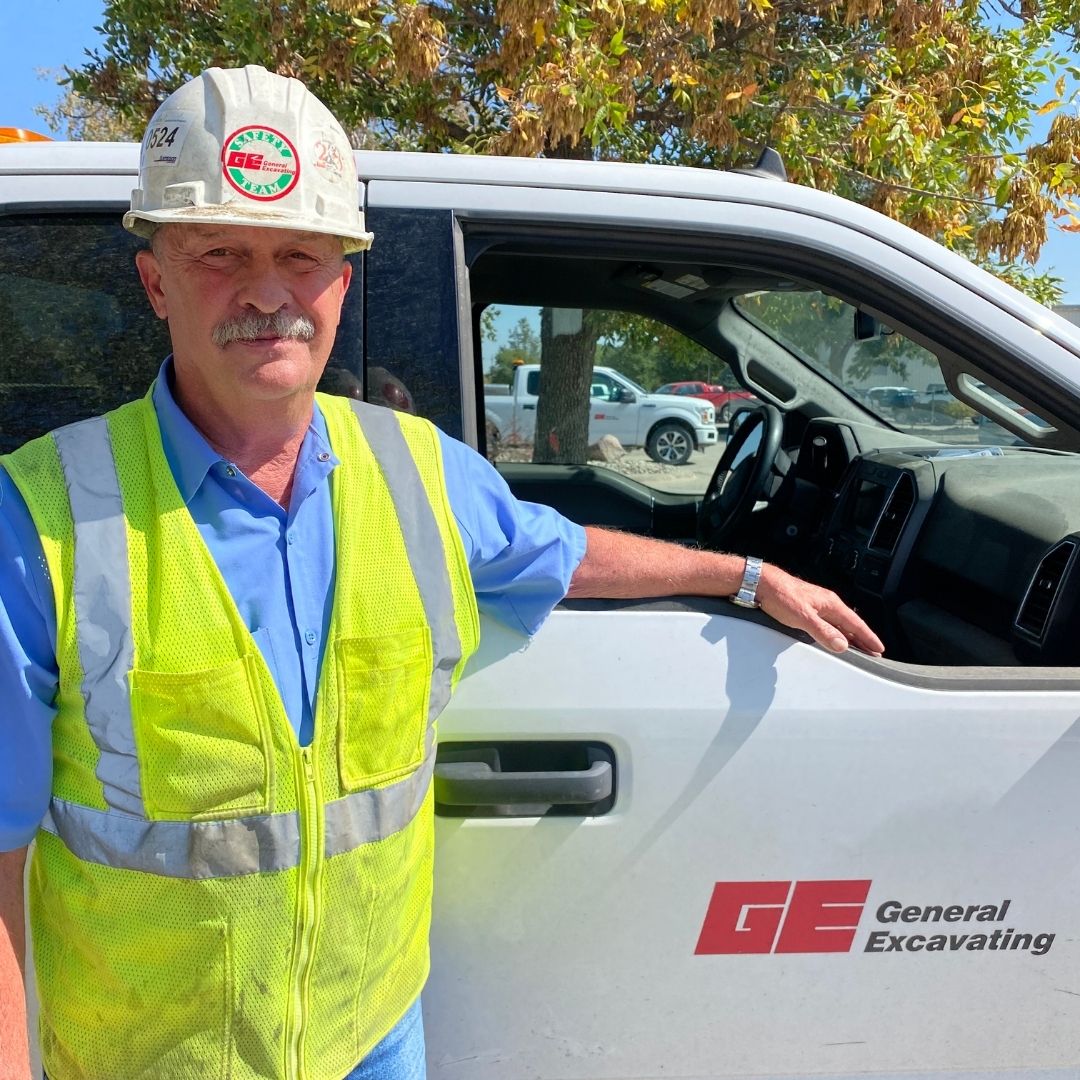 It started back in 1977 when Lowry was asked to help put up a steel building on 27th Street in Lincoln, Nebraska.  Following the project, he stayed on with General Excavating as a laborer and eventually moved on to equipment operation. Nearly 45 years later, General Excavating’s Senior Project Manager is retiring. The years in the field provided the perfect experience needed to run some of General Excavating’s biggest jobs when he moved into the role of project manager. Lowry explained, “You just have to jump in and do your job, and once you can do it well, you can teach others how to do it.”

Over the years Lowry has worked on hundreds of different projects. There is hardly a campus or facility without his fingerprints on one project or another.  When asked, which projects were most memorable, he replied “It’s really difficult because 99% of our work is underground which means our best work is hardly seen”. While that may be true, there have been many projects that were worthy of celebration.  Examples of Lowry’s award-winning work include:

As with most projects, what made each successful were the engineers, architects, owners, and the GE crews involved.  “I’ve been really lucky to have worked with so many amazing people throughout my career at General Excavating,” Lowry stated.

Like any other profession, Lowry Engstrom has seen plenty of changes throughout the construction industry in his nearly forty-five years. Technology has been the biggest factor in the transformation of the industry, according to Lowry. From the office to the field, technology has simplified many aspects of construction. “Cost tracking, sourcing materials, ease of equipment operation, GPS, and others are examples that made the work of installing underground utilities easier,” stated Lowry. Although Lowry is saying farewell, his over 40-years of work and influence will be hard to backfill.  Lowry possessed a unique ability to stay calm when others were not.  His hard work and dedication to General Excavating’s clients and employees will be hard to match. Thanks, Lowry, for your service! We all wish you the very best!